Posted by piloncarol on September 25, 2014
Posted in: Uncategorized. Leave a comment

There are only two responses to fear. You can face everything and rise or you can bleep everything and run. I am no stranger to fear but this year has handed me more than my fair share. This has been the season of uncertainty if ever there was one. It seems that every facet of my existence has been a big old question mark at some point this year; physical, financial, emotional….nothing has been spared. The uncertainty and the fear that accompanies it has run the gamut of distracting through debilitating. A little background intel might help clarify things.

The start of the season saw me confronted with the worst physical injury that I have ever sustained during my entire stunting career. I suffered from restrictive movements in a shoulder which was accompanied by chronic pain. The biggest issue was getting an accurate diagnostic. Once this was done, 90% of the battle was won. With some persistence, intensive therapy and by changing the entire routine to accommodate the injury we managed to work through it. As I write this, 95% of movement has been restored and the associated pain has completely abated.

Another source of uncertainty hails from earlier when in January of 2013, I was invited to sit through a character development reel. This interview led to Third Strike Wingwalking becoming one of three main characters in a reality documentary series that is set to air on Discovery Canada in January of 2015

The last two years have seen me surrounded by a group of dedicated, eclectic and outright awesome individuals, following my every move, seeing me at my worst yet striving to portray me at my best. Since we are admittedly talking about me, you can imagine that I have given them no easy time of it.

This documentary, this series, this monster that we have all conspired to birth sits waiting in the wings. My part is done, others are finishing theirs. Now, we wait. What we wait for is the real mystery. The show is the show and a reasonably good one at that but what we are really waiting for is the world’s reaction to it and how these reactions will affect us all. I feel like I am sitting on the edge of a cliff with my feet dangling over the abyss…..I would say that I’m getting ready to jump but it is more truthful to say that I will be getting pushed. No parachute, no wing suit, no tethers. Just acceptance or rejection and whatever party they bring in tow. I have discovered that putting your life out there for others to judge is pretty darned scary.

On a personal level, I have been dealing with a changing at home business and a family that has been acting in unprecedented ways. Nothing bad….just different but difference from the one source that you expect to be constant is disconcerting. The last eight months have also seen me acting as one half of a not quite whole, entirely unstable, romantic liaison which has recently resolved itself into nothingness. Third Strike itself may also be on the verge of morphing into something different. The jury is still out on that one. Yay for more unresolved stuff!

While I have never feared an honest stunt or even a close call, I readily admit to harbouring a healthy dose of fear about my future and all the unknown, unqualified and unaccountable gremlins reeking havoc within it lately. In the midst of all this newness and unwelcome change, I was decidedly feeling lost and uncertain ….then it happened. I lifted my head up out of my own self absorbed little world for a fraction of a second. That milisecond was just long enough to see someone who I respect and admire make a horrifying decision. He chose to bleep everything and run. I watched him do it. I could not stop it. In that instant, my heart broke into a million pieces for him. I was hit with the stark realization that this choice could never be mine.

Throttle it up, Baby!

*Author reserves the right to bleep everything and run if bats are involved. 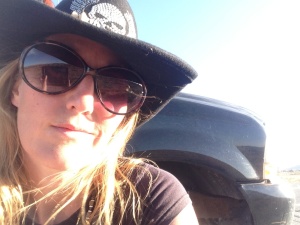